“Critics want to mention that they miss when hip hop was rappin’/Motherfucker, if you did, then Killer Mike’d be platinum”

CAN politicians win from the left? Bernie Sanders tried but isn’t the president of the United States and in the UK, Labour leader, Jeremy Corbyn isn’t prime minister – at least not yet.

But rather than ask can candidates who shun the safety of the centrist play book win perhaps it’s time to ask what keeps them from winning – or how do they set about winning? END_OF_DOCUMENT_TOKEN_TO_BE_REPLACED

GROWING up in Cardiff in the 1990s I can remember newspaper columnists and correspondents to the letters pages often referring to Winston Churchill having addressed an election rally of around 50,000 people at Ninian Park in 1950. 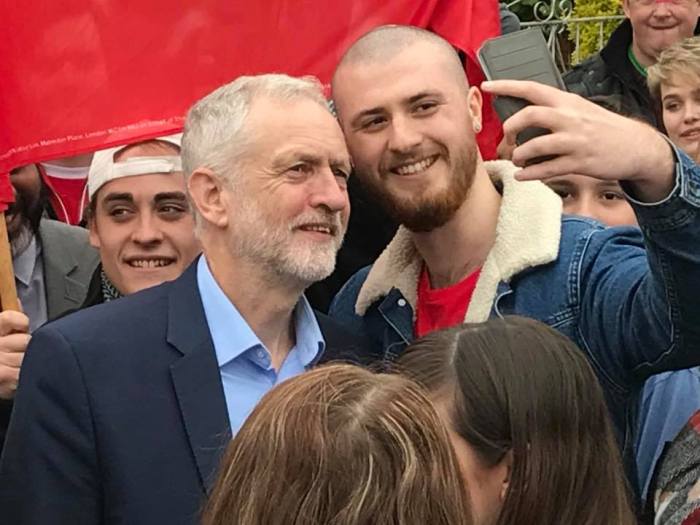 Jeremy Corbyn poses for a selfie with a supporter. Photo John Morgan

The anecdote would usually be brought out as an example of how politics once captivated the public and campaigning was about more than stage-managed private photo opportunities and tightly controlled interviews. END_OF_DOCUMENT_TOKEN_TO_BE_REPLACED

TELL anyone you’re a journalist and they’ll soon ask about famous people you’ve met or interviewed. While there are usually a few names you can reel off it’s more than simply a cliché to say the most satisfying aspect of the job is meeting everyday people with extraordinary stories. Embed from Getty Images

That’s not to say however that hacks aren’t excited about the sort of close encounters with the rich and famous that can come your way in the job. Nearly three years ago I was lucky enough to interview Tony Benn, the veteran left-wing campaigner and former MP, who died last Friday, March 14 aged 88. That interview is re-produced at the bottom of this post. END_OF_DOCUMENT_TOKEN_TO_BE_REPLACED