IF you’re going to name your tour Legends of Reggae it’s only fair they should perform in venues suitable for the billing. 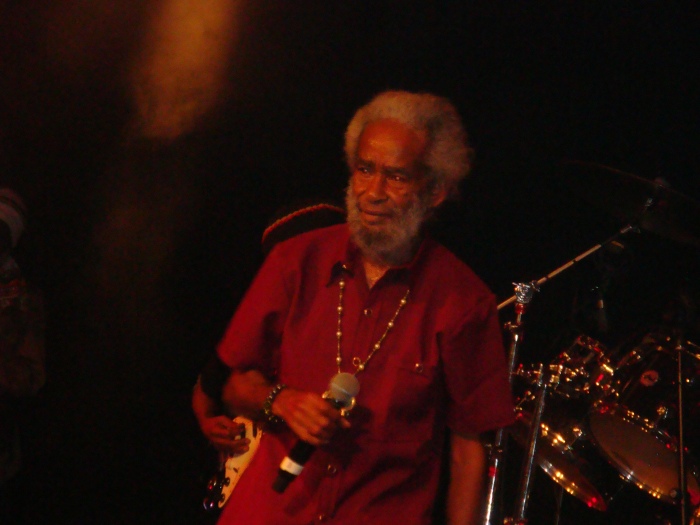 Cardiff’s best small venues have played host to some legendary reggae figures, especially in recent years, but a line up featuring Max Romeo, Eek A Mouse and Big Youth (not to mention the Mighty Diamonds whose appearance was cancelled at the last-minute) deserves a bigger stage. END_OF_DOCUMENT_TOKEN_TO_BE_REPLACED

“On road doing shows/ And we picking up nice cheques”

“Fuckin’ hell, Cardiff’s alright you know,” states Rodney P as he enters the stage, the third and final member of this trinity of UK Hip Hop royalty.

“I only know slow rapping over soul samples”

SIX months on from their last visit Manchester’s hip hop soul duo Children of Zeus returned to Cardiff for the penultimate date of their headline UK tour.

END_OF_DOCUMENT_TOKEN_TO_BE_REPLACED

MYKAL ROSE created history with his former Black Uhuru band mates when, in 1984, they won reggae’s first Grammy award for the album Anthem.

The legacy is the singer is often referred to with ‘Grammy’ inserted as a middle name and his current UK tour is billed as Sounds of Black Uhuru 1977-1985. END_OF_DOCUMENT_TOKEN_TO_BE_REPLACED

AS the original house band of the legendary Jamaican recording studio, record label and soundsystem, Studio One, The Skatalites have long since ensured their legacy.

The ‘grandfathers of reggae music’ – or perhaps as they are best known – the creators of ska, The Skatalites are a band that lives on through their music. Drum beats, bass licks and all powerful horns that signalled the birth of the mighty Jamaican recording industry and morphed into rocksteady and reggae. END_OF_DOCUMENT_TOKEN_TO_BE_REPLACED

“This the motherfucking thanks I get from this scene?/Ten years deep, a thousand 16s”

IS any rapper ever satisfied their position in hip hop has been properly recognised and respected? Striving for acceptance, and resentment at any perceived lack of acknowledgment, still fuels so many MCs. 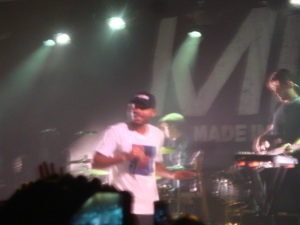 Kano is already recognised as one of the central figures in the emergence of the UK grime scene but that yearning for props is still evident.

2016 has however delivered a Mercury Music Prize nomination for Kano’s fifth LP, Made in the Manor, and a nationwide tour which brought him to Cardiff – and left the 31-year-old veteran in no doubt as to the esteem he is held in the capital. END_OF_DOCUMENT_TOKEN_TO_BE_REPLACED

“I’m an anarchist and an angry academic activist”

THIS July marked the return of UK MC Lowkey from his apparent retirement with the surprise release of hard-hitting single Ahmed.

Within weeks the rapper, who in 2012 said he was hanging up his mic for good, announced a tour including a September 17 date in Cardiff. END_OF_DOCUMENT_TOKEN_TO_BE_REPLACED